This work started as a term paper for our master’s phonology class with Semra Ozdemir. She was interested in the properties of sonorants and I was interested in the phonetics of them. We saw that in many environments Turkish glide /j/ acts differently than other sonorants. The fact that /j/ was the only phonemic glide in Turkish was already interesting by itself. We asked the following question: Is it really a glide?

We looked at certain phonological behaviors of the /j/: (i) /h/ deletion prior to sonorants, (ii) consonant-clusters in coda, and (iii) [e]-lowering prior to sonorants. We also conducted a phonetics experiment where we asked people to read sentences that contains sonorants in word-final, word-initial, and intervocalic positions following the sound [e]. Our results from this experiment can be seen in the figure below. 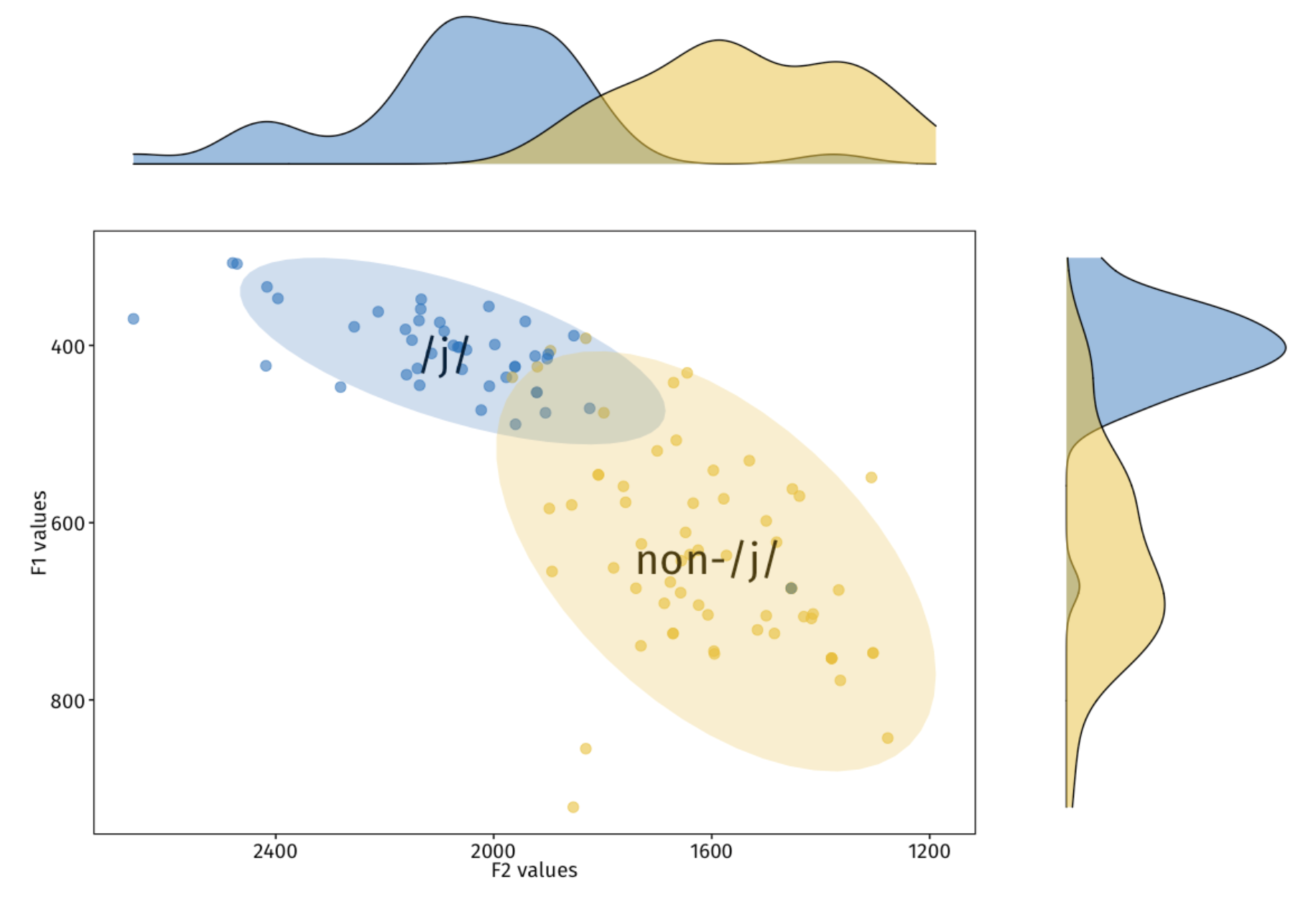 Figure 1. F1 and F2 values of individual utterances of the mid-front vowel e.We grouped these instances into two: following /j/ or following a non-/j/ sound.

We saw that /j/ behaves nothing like a sonorant. When the sound /j/ follows the mid-front vowel [e], it did not lower the vowel. However, every other sonorant (non-/j/) substantially lowered the vowel. Even though, it is clear that /j/ does not act like a sonorant, we were indecisive whether it were unspecified with respect to its sonoracy or it was just a fricative.

Later on, Stefano Canalis and Umit Tuncer also joined us in this project. With their help, we decided that /j/ is a phonemically fricative in Turkish, but may show sonorant-like behavior in certain environments. With them, we looked at the phonemic behavior of /j/ in more environments. We also investigated the feature symmetry in Turkish.

We saw that other phonetic sonorants in Turkish were also phonemically fricative and /j/ and other sonorants become sonorant-like in the very same environments.